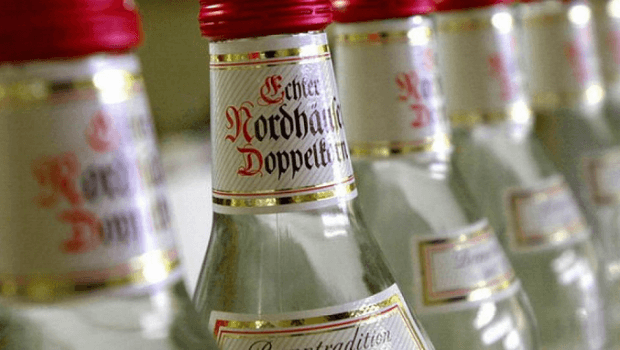 Korn is German liquor which is colorless and distilled from fermented grains like rye, corn, wheat or barley. The liquor has the name in Germany for its low cost. The spirit is available in the country with the alcohol content of 32 percent to well over 40 percent ABV. When the distillation is done, the spirit is aged in vats, in the process which is similar to Whiskey. But the spirit varies from vodka in that it is less cautiously filtered and to the lower alcoholic proofs which are why more of a cereal taste is left in the finished product and is not gentle the way down. The spirit in the country is regarded as the drink of the working class because it is budget-friendly and readily available.

One may also refer Korn as a mixture of German Schnaps, formerly made from malt and wheat, to which sometimes rye, corn or barley are added. This German spirit is famous in the northern part of Germany while in the southern part, the modestly priced fruit brandies like Obstler(made from apples, plums or pears) have popularity. As the original and conventional Korn has the alcohol content of 32 percent, Kornbrand (also referred as Doppelkorn or Edlekorn) holds somewhat 37.5 percent ABV. The flimsy variety of the spirit is also available with the combination of the fruit flavorings and the alcohol content less than 30 percent. As Korn, being the weaker liquid, it also gains another nickname as a result-Klarer( which means “Clear one” in German). Klarer is also referred to as Korn or Doppelkorn, and these names are frequently used in the market for low-cost spirits that are weak (approximately 28-30 percent ABV) than usually authorized to Korn.

The intake of Korn is neat, but with a soft drink mixture or with the combination of beer named “Herrengedeck” (meaning “Gentlemen’s Cover” in German) or the flavored variety of Korn is equally famous and tempting. Some of the leading brands of this spirit in Germany are Fürst Bismarck, Doornkaat, Berentzen, Mackenstedter, Oldesloer, Strothmann, Hardenberg, and Nordhauser. This spirit has given Germans an inexpensive holiday from sobriety for many years.

Korn (also called Branntwein) was initially remarked in the early 16th century when the distillation of the spirit became a challenging competition between many producers in the Nordhausen’s Free imperial city. Nordhausen ordained the early purity law for the spirit and thus, it is still produced in the place.

After the distillation process, enjoy this tempting beverage taken neat or mixed with cocktails!

Korn can also be enjoyed on the rocks:

Cocktails you can make with Korn:

Shots you can make with Korn:

You can enjoy this drink with family and friends the next time you throw a party. So don’t miss out on adding this recipe in your menu for your party.