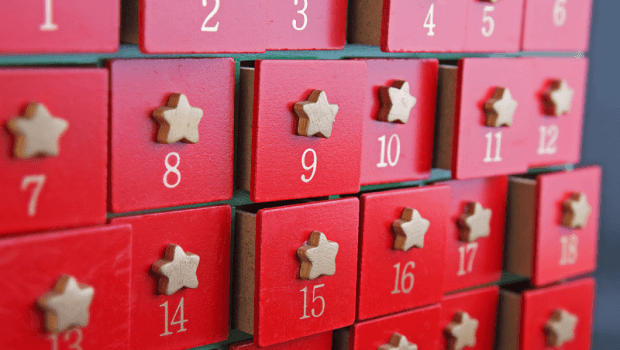 The Adventskalender or the Advent Calendar has been an in tegral part of the Christian tradition since the 19th century and is known to have been a German invention. This calendar comes about in variety of forms and manifestations. The calendar is actually representative of the number of days that are remaining until Christmas.

More about the origins Advent Calendar

The Advent is used in reference to the liturgical year. Its origin can be traced back to the 19th century and the first of the designs came from the protestant areas. Back then ardent Christain families would make chalk markings on their doors on each of the days of December till the Christmas Eve arrives.

In the due course of time the popularity of the Advent Calendar sored and today they can be found across the world.

During the Second World War because the rationing of paper was imposed it was made difficult for the printing companies to create Advent Calendars. Also, right at the beginning of the 1940’s the printing of illustrated calendars was also stopped as it was considered to be something which held no significance in the German efforts for war. Furthermore, in the year 1941, church-run media was also forbidden and in its place the National Socialist German Worker’s Party that is the Nazi Party produced its very own national socialist calendars and also distributed them among the citizens. These calendars comprised of small booklets which included many stores, songs, prayers, hymns along with instructions with respect to colouring and arts and crafts. Through their ways it is said that they were trying to reinvent the whole idea of Advent. In the same lines everything related to the church was removed and in their place symbols were instated marking the new ideology which carried many references of the supposedly Germanic roots.

However, with the end of the war in 1945 the Advent calendars began to be printed again. With this the spirit of the Christian mission was rekindled and a desire to go back to the olden traditions arose.

The first Advent Calendar was released by the companies which were not affected by the destruction of the war and still housed paper. These calendars slowly spread through the German speaking world and today hold prominence all over the world. They have undergone significant changes in the past years but their mission of bringing joy to everyone still remains the same.

Every child belonging to a Christian family lives eagerly in the anticipation of Christmas and the associated festivities that surround the season. The mood for the festivities is set by the chocolates that are prepared at home or are procured from elsewhere.

This tradition dates back to the 19th century when the Christians, largely of German origin who brought forward this tradition. They would engage in counting down the twenty four days which lead to Christmas. This was in-fact usually done by simply marking ticks on some sort of a surface.

One of the first known Advent calendars date back to the year 1851 and was completely handmade. Among the other styles included the Adventclock or the Adventcandle. These were candles which symbolically represented the twenty four days until Christmas and were similar to today’s Advent wreath. Among the religious families little pictures are hung on the walls, each marking one day of in the month of December. One of the other traditions involved chalk markings on the doors, one for each day until Christmas Eve.

Christian Bookshop in Hamburg in the year 1902 published Christian Clock which were later-on refined by the St. Johannis printing company in 1922. Furthermore, in Austria for instance the first of the Advent calendars is said to have been published in the year 1903. By the very next year that is 1904 Advent calendars began to appear in the newspapers such as: Neues Tagblatt Stuttgart as a gift for its readers.

Gerhard Lang, a bookseller of German origin, as Esther Gajek notes is to be credited for printing the first Advent calendar. This calendar carried 24 colour pictures and was first printed in Munich in 1908. He was the son of a Swabian pastor and completed his training of a bookseller from Maulbronn. With his training completed as an apprentice, Lang decided to settle down in Munich in 1902. He was inspired by a certain pre-Christmas Ausschneidekalenders which was sewed by his mother. The calendar which his mother made him had twenty four wibbele or little candles and these were then stuck on a cardboard.

In the following subsequent years Lang went on to create an Advent calendar which had 24 little doors or flaps. Each of these doors and/or flaps opened to certain Christian motif or scene. Among the more interesting kinds of advent calendars was the chocolate calendar with the commercialisation of Christmas. Moreover, these calendars have always been a way through which children are attracted towards the tradition. In Germany itself you can find the world’s largest Advent calendars. There are two of these large calendars which are located on the façade of their respective town halls.

The first of them is located in Gengenbach, a city which is located on the peripheries of the Black Forest. Here the town hall or the rectangular Rathus as a matter of fact has twenty four windows. There are eleven windows each on the two floors along with two windows being on the roof. Each of these windows is painted with a particular scene from Christmas and the unveiling of these windows takes place as the days of the Advent pass by.

The second calendar carries a larger than life appearance. It is located in the town of Hünfeld near Fulda. This town is situated in the centre of Germany and its Rathaus or the Town Hall also has windows which accommodate twenty four scenes from Christmas. They too are revelled one at a time as the days of the Advent come by.

Lang’s Advent Calendar or the Munich Christmas-Calendar was called so because they did not have any windows to open. As the 20th century came about another company going by the name of Sankt Johannis Printing Company started producing Advent Calendars which carried Biblical verses instead of the pictures behind the doors. Moreover, by the time Lang closed his firm in the 1930’s he had produced some thirty different kinds of designs. Also the Second World War had managed to terminate this grand Christian tradition. This was because cardboards had to be rationed and the production of calendars carrying pictures was prohibited. One of the first printed specimens created in the post war period was by Richard Sellmer and this was in the year 1946 and this was as a matter of fact the Advent Calendar, formally known as: The Little Lown. Whereas the Advent Calendars filled with Chocolates began to appear in the markets by the year 1958.